Oh Yeah, I Am The Man ... the appliance repair man. 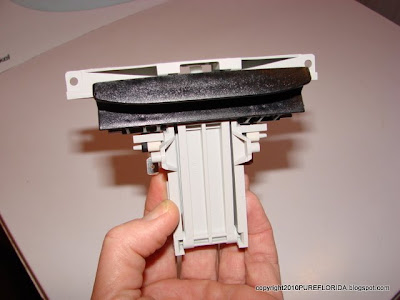 About a week ago, the door latch on the Maytag dishwasher went kaflooey, rendering it impotent.

After some poking and prodding, it was obvious that the latch was broken, not just jammed. So, I went online, found the right part for about 25 bucks, and ordered it immediately. A quick search for "How to replace a door latch on a Maytag Performa dishwasher" came up pretty dry.

In the appliancerpairrranting forums, the question came up often enough, but answers were few and less than detailed. I gleaned enough info to know that it was frustrating for the folks asking the questions and that the latch is an electrical component.
That last little bit is fairly important ... wasn't really expecting that.

Armed with several cups of coffee and a slice of poppyseed cake, I grabbed my trusty 30 year old Sears Screwball screwdriver and went at it. 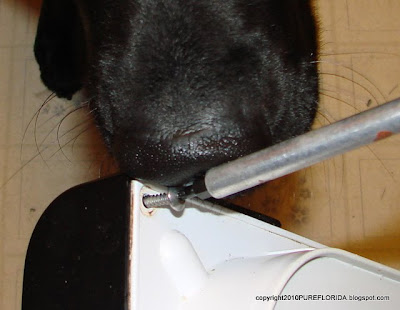 Bear was his usual helpful self and in no time we had the inside door panel off and the old part exposed.
Sure enough, the latch was in two pieces.

The only thing difficult about this job was disconnecting the wiring as both sets of wires were attached by a tight friction fit.
Just took a little "umph" and patience to wiggle the wires off the old latch and onto the new.
It really was a cakewalk ... I should post a detailed, how to do this task post.
I took plenty of pics. That's my insurance during any operation ... I want evidence of what the sick appliance looked like before I messed with it. 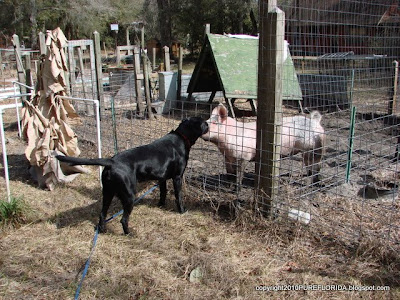 There's kind of a Romeo and Juliet thing going on with Bear and Tyrion. I told him not to get too attached to her.

She is growing too fast by the way. To enter the fair, she can not be over 280. When I weighed her Sunday ... after fixing the dishwasher, she was at 255.
Not good with a month to go.

So she is on a diet exercise regimen.

It's just one thing after another around here... 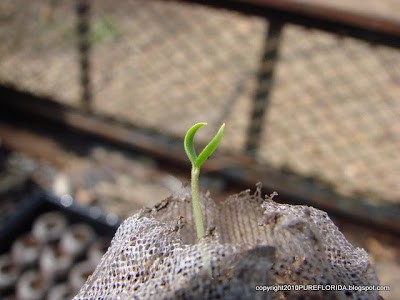 Here's one of my baby datils.

Welcome to the world, little hottie.
Posted by R.Powers at 8:54 AM

Good job on that dishwasher door latch! And Bear does look like the perfect assistant.

What would you do with out Bear to help you? He is such a cutie too.

Good work on the dishwasher. And glad to see you back in the blogosphere!

Your pig and I are both on diet-exercise regimens. I think maybe I should be embarrassed to admit that.

How are you on icemakers? I need to replace the one in my freezer.

Robin,
He's got a nose for repair work.

Jean,
It's getting harder to remember when there was no Bear here. He's such a handydog.

Pablo,
Thanks! Necessity is the mother of DIY.

NativeMom,
It's good for all of us I think :)

Wren,
That's a frontier I haven't crossed yet. Dryers and dishwashers so far.
You guys actually need to MAKE ice up there in the frozen wastelands?

I have a Maytag dishwasher also. It is the worst ever. The latch broke on ours and it still works, just no latch. It is the constant cleaning of the coil that is killing me. Plus the thing runs forever and a day every time you start it.
I bought it because it was on sale at Home Depot and it is a "Maytag". I will not make that mistake again. I was hoping the latch was going to be the death of it but evidently not.
Thanks for sharing.

I would like to thank you for the efforts you have made in writing this article. I am hoping the same best work from you in the future as well. In fact your creative writing abilities has inspired me to start my own BlogEngine blog now. Really the blogging is spreading its wings rapidly. Your write up is a fine example of it. dryer repair Los Angeles

Even though the photo shows the two filters joined together, this is just a mechanical connection -- each filter is actually plugged off. The flow goes between the bottom of the bowl and either the left or right outlet. Los angeles appliance repair

My Dishwasher got cracked from the center. I calledAppliance Repair Los Angeles company and they said that we need to change the machine cover. If you have any alternative please let me know.

We are the biggest investment company in dubai. We offers investment funds to appliance repair companies.We are providing our service in UK, Dubai and USA.
Lumina Investments

Your post was very nicely written. I’ll be back in the future for sure! appliance repair Los Angeles

Hi there, I found your blog via Google while searching for such kinda informative post and your post looks very interesting for me. United Appliance repair

Nice job on the dishwasher door latch. Thanks for the post!